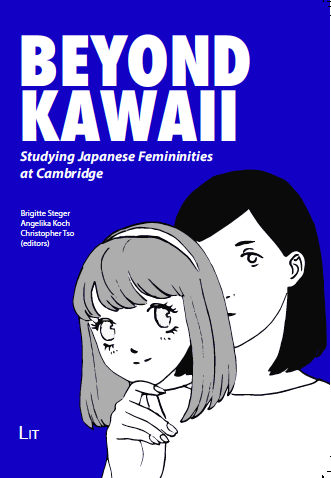 Kawaii. The love of all things cute has become the dominant image of Japanese girls and women. Real Japanese women are, however, more complex. Some celebrate their uterus, others experiment with fashion and cross-dressing or embrace their chubbiness, many struggle with motherhood. And some may even return as vengeful ghosts.

This third collection of studies by young scholars from the University of Cambridge looks beyond the kawaii image and explores the diversity and complexity of being a Japanese woman in the new millennium.

2. ‘A Woman’s Happiness is Decided by Her Uterus!’: Post-Feminism, Neoliberalism and the Politics of the Female Body in Japanese ‘Uterus-Type’ and ‘Vagina-Type’ Spirituality
Ellen Mann

About the editors: Brigitte Steger is a Senior Lecturer in Modern Japanese Studies at the University of Cambridge researching daily life. Angelika Koch (PhD Cambridge) is an assistant professor at the Institute for Area Studies, Leiden University specializing in early modern Japanese culture and language, with a particular focus on the history of genders/sexualities and history of medicine. Christopher Tso is a final-year PhD student at Cambridge ex­ploring male grooming practices in Japanese business culture.